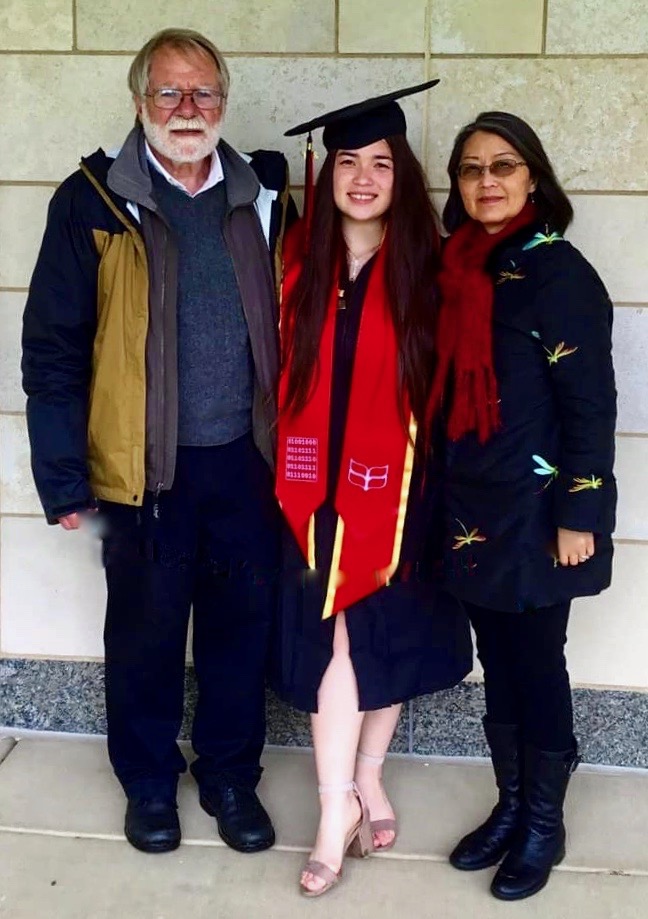 Clare graduated from college last week. Sometimes personal events are so significant that I have no choice but to write about them. I was half done with a blog about a crow walking a full block down the middle of the street in front of my house, when I realized that writing about anything other than Clare’s graduation would be ignoring the topic most on my mind. I have no qualms about writing on the subject, but I don’t think I have anything to say about college graduation that is as interesting as a big bird taking a leisurely walk.

While I was sitting through Clare’s very chilly outdoor graduation ceremony, I did wonder whether my daughter would ever return to the tiny town of Grinnell. My own post-secondary schooling took place at the University of Wisconsin and the University of Minnesota, and I always assumed, correctly as it turns out, that I would return repeatedly to both Madison and the Twin Cities. Grinnell College literally is in the middle of a great Iowa cornfield, and I doubt happenstance alone will ever bring her back.

Immediately after the ceremony, I met many of Clare’s friends. I knew Clare had been active in Asian organizations at school, but I didn’t realize that her extracurricular activities translated into a circle of friends who were primarily international or Asian American. When my biracial daughter was in grade school and high school, I think other students considered her a white kid. At Grinnell she may have transformed into an Asian American. When I asked Clare about this, she said, “In La Crosse, Asian American issues didn’t come up. In Grinnell, they do, and it is assumed that I know about them.”

Right now Clare is home for ten days. In a week, she will take a short trip with two college friends. Then she’ll move to Madison for the summer where she has a sublet at a place just off State Street. The University of Wisconsin had been her second choice for a college to attend, and she’s always wanted to spend some time there. Her plan is to get a summer job to pay the rent and figure out what is next.