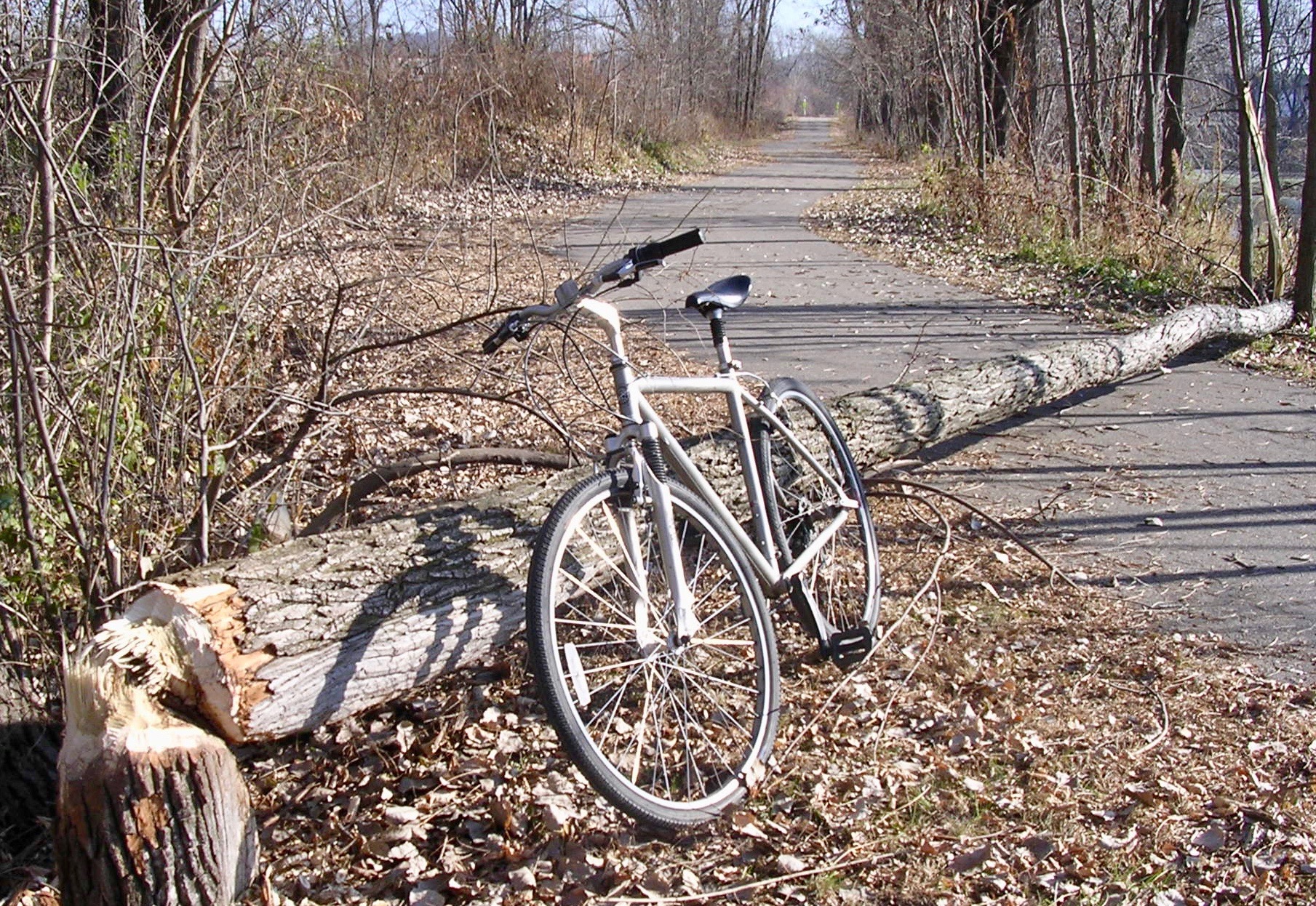 Since Thursday one fallen tree has blocked the bike trail through the marsh. Each day, however, it has been a different tree. The city’s parks department is quick to remove obstructions on the bikeway, but it can’t quite keep up with the nightly work of the beavers during late autumn. The trail runs right along a beaver pond. One side of the trail is wetlands, the other side is forest. The beavers do a masterful job of dropping trees so that the succulent top branches fall directly into the water and the trunks block the trail.

The beavers are gearing up for winter. They are shoving branches into the mud at the bottom of the marsh so they have a food supply under the water all winter. They need to work hard right now because open water could come to an end at any time. Already a thin layer of ice forms on the marsh each night, only to melt during day. It will take only one unseasonably cold day for the ice to remain until March or April. The lone full moon this month is called the beaver moon, largely because beavers are most active this time of year.

Other animals are also becoming more active and more obvious. For example, the marsh contains an increased number of Canada geese, a combination of the ones that resided here all summer plus additional birds that have moved in from the north. Nearer to home, squirrels now dart across my yard with walnuts. I don’t know of any walnut trees in the neighborhood, but the squirrels do. And then there are the swans. The 25,000 tundra swans that annually stop over near Brownsville, Minnesota are here, gorging themselves on arrowhead tubers before they complete their migration to the Chesapeake Bay.

Emerson or Thoreau (I can’t remember which) suggested we follow the example of nature when we prepare for winter. For the first time in my life, I am mirroring the animals by stockpiling enough food to feed my daughter and myself for an extended period of time. The reason, of course, has nothing to do with the coming ice and snow. I am storing away enough food to feed Clare and myself if we have to go into quarantine. I have more pasta, oatmeal, frozen fruits and vegetables, canned soup, and Oreos than I’ve ever had in my life. I also bought four pounds of frozen Chinese dumplings. Clare is a pescatarian, so the dumplings have no meat. The absence of ground pork makes the dumplings so bland as to be barely edible. I suspect they will sit at the bottom of our freezer compartment until the pandemic is over.  Then I will force them past my taste buds by using the same spicy dipping sauce I use to get down tofu.