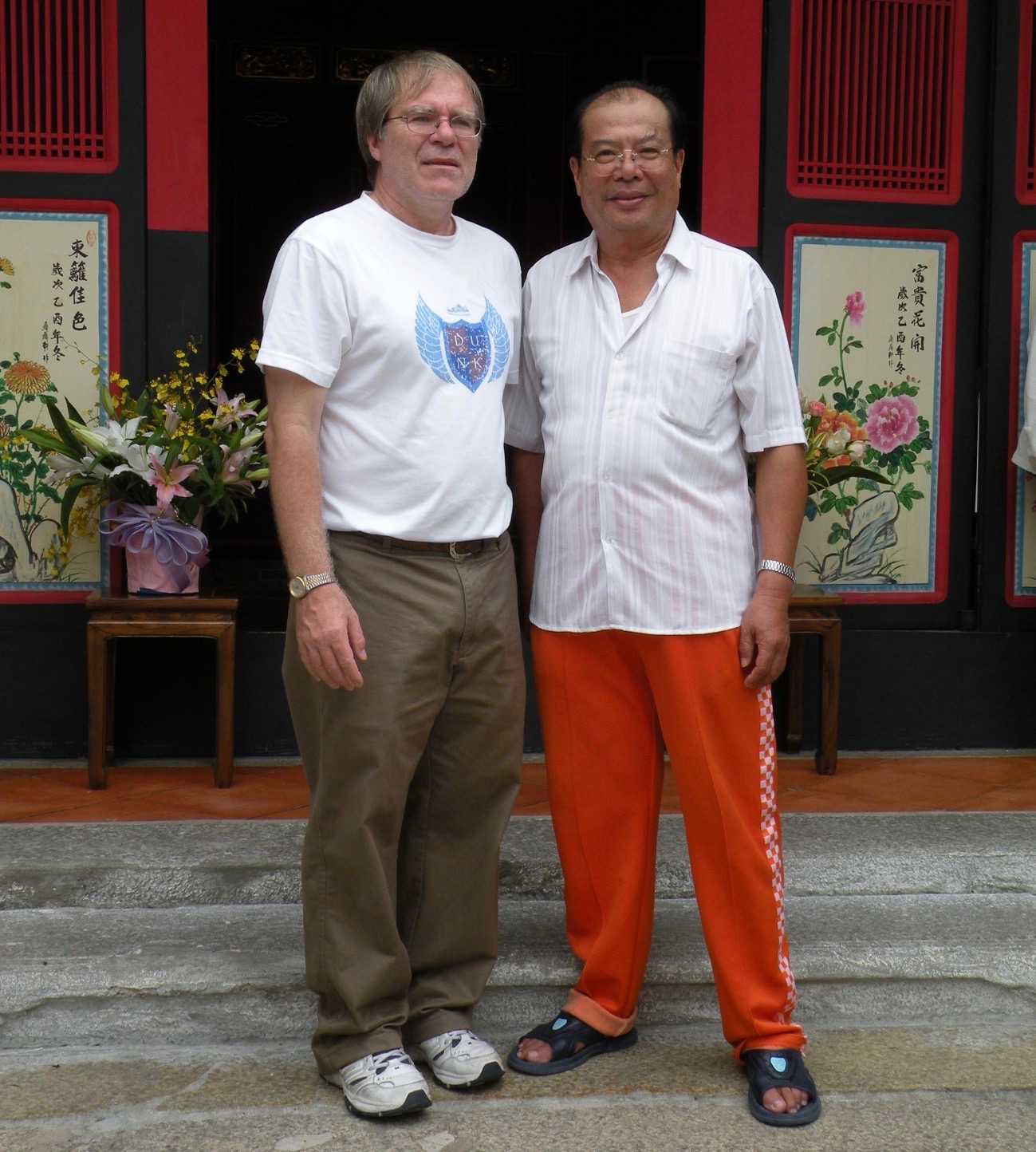 I’d planned for the previous blog to be my last about Kinmen, but I then felt that I had not brought the story to a satisfying close. The anecdotes that I described in the previous five entries were all from a trip taken over twenty-five years ago. I returned to Kinmen in 2009. My life by then, with the addition of a Taiwanese wife and a ten-year old daughter, was very different. Kinmen was different, too.

Tourism on Kinmen had taken off since my first visit. The central government had awarded grants to private landholders who agreed to renovate historic buildings using traditional construction methods. A few of the buildings had been converted into museums or shops, but most were residences or wonderful bed and breakfasts. Over half of the visitors to the islands were from a client base I hadn’t even considered back in 1993. It turned out that thousands of Taiwanese men who had been stationed on Kinmen during their years of mandatory military service* wanted to return to the islands to show their families where they had served. Overall I thought tourism development had been done well, and the place was evolving into an appealing tourist destination.

The best story from my second visit to Kinmen was the day my family and I were wandering through a small village where every building was at least a hundred fifty years old. Some structures were twice that age. Half had been refurbished, many were still in ruins. I was drawn to one renovated building in particular. It was U-shaped with an enticing central courtyard. Even though I was basically invading someone’s front yard, I walked into the courtyard and felt like I’d stepped onto the set of Crouching Tiger, Hidden Dragon.

Immediately a man came out of the building and started shouting at me. I apologized in Mandarin and moved to leave. I, however, understood enough Mandarin to realize that the man wanted me to wait, so I just stood there until my two interpreters (my wife and daughter) walked up to join me. They both immediately knew that the man was not angry at me; he just wanted to know where I was from and what I was doing there. After I explained that I was an American professor living in Taiwan, he told Manyu and Clare that the building was not a house, but an English language school. It did, however, have a small apartment in the back. The man said that if I wanted to live on Kinmen, he’d let my family have the apartment for the cost of utilities.  All I had to do in return was to walk my Caucasion face around the courtyard each morning when parents dropped their kids off and again in the afternoon when they picked the kids up.

It was at that moment that I stopped being critical of celebrities who made commercials. For an instant, I realized that I too might be willing to sell my image for the right price. Although I was in no position to drop everything and move to Kinmen, I was intrigued by the offer.

After I retired from the University of Wisconsin-La Crosse in 2017, I joked with Tsai Huei-min that I was now ready to take the courtyard guy up on the offer to live behind his school. Huei-min was the friend and colleague who’d brought me to Kinmen in the first place. She replied that I wouldn’t want to live there now. Tourism had completely taken over. All of the villages now had more visitors than residents, and it was impossible for the locals to get any time to themselves. If I moved to Kinmen now, I would not be the lone mysterious Westerner on a remote semitropical island. I’d be just another rich American touring a trendy international vacation spot.

I should not have been surprised. Some of the best places I’ve ever visited no longer have the qualities that would make me want to visit them again. In the case of Kinmen, however, I was part of the team to evaluate the islands’ tourism potential. Even though my contribution to development plans had been negligible, I can’t help but feel that the change on Kinmen was partly my fault.

*Since the early 2000s, the length of mandatory military service in Taiwan keeps getting shorter and shorter. For decades, it was two years. Currently it is four months of basic training without any actual service.